Neurochemical: The US Industrial Collapse

There’s really no way to put this politely. I’m just going to say it:

The Industrial Revolution
is coming to an end.

Not just the mass production but the mindset that goes with the territory. You probably have already noticed.

If not, you may want to put on a fresh pot of coffee for this one.

It’s amazing that this topic isn’t widely broadcast in the mainstream media but, then again, their employers (big league corporate advertisers) are trying to figure this problem out and keep their IPO’s climbing.

Amazon is decimating the US retail market.

Airbnb is ousting US hotel chains.

Amazon is cheaper and delivers right to your door. (see below).

Netflix and Hulu are the new TV cable. 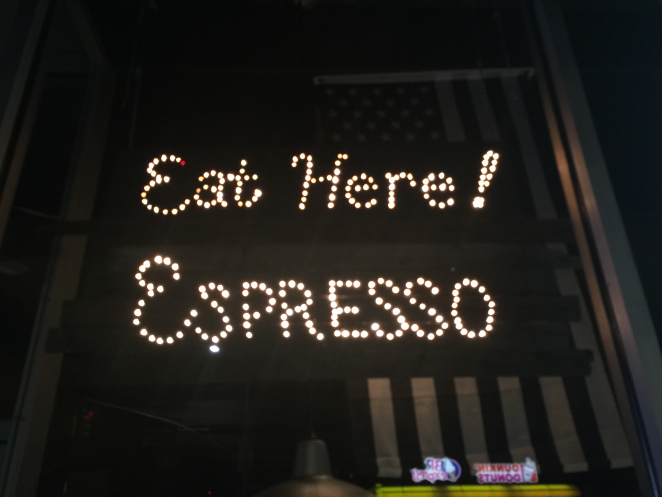 Millennials are spending as much time shopping as they are requesting “charge backs” on purchases. It’s Fraud but that’s okay because it is happening so rampantly the credit cards are finding it impossible to keep up with the slowly impending disaster. The retailers are truly starving for business so they’re just cutting their losses with credit cards.

The Palisades Mall in Nyack, NY is suffering so hard that they had to scrounge a few bucks from Coca-Cola by allowing them to install an actual soda machine into their directory.

The map is printed on the front of the machine. It’s getting crazy out there. 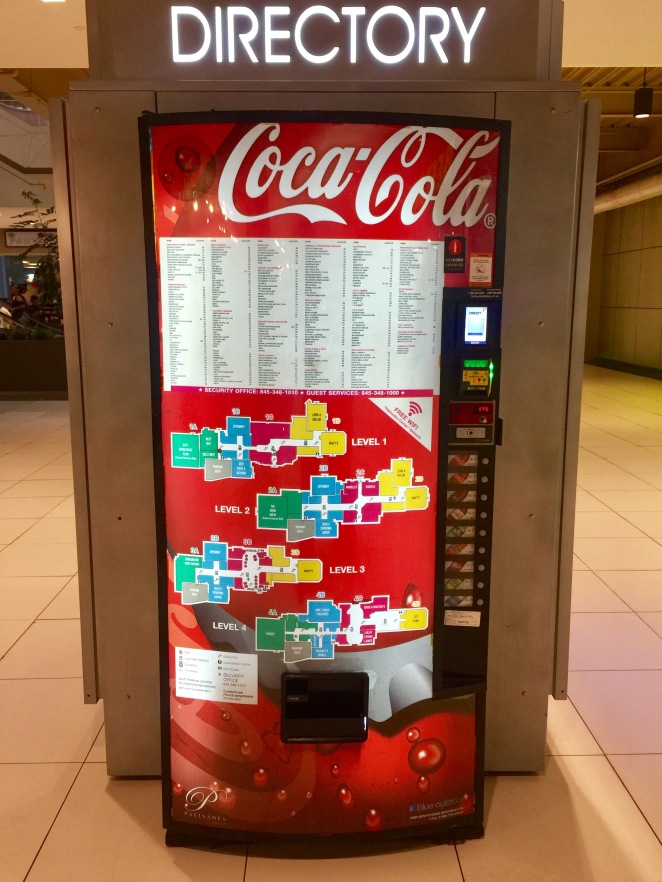 Here’s a list of recent retail closings.
These are the US’s mass production
(fashion) ready-to-wear retailers. 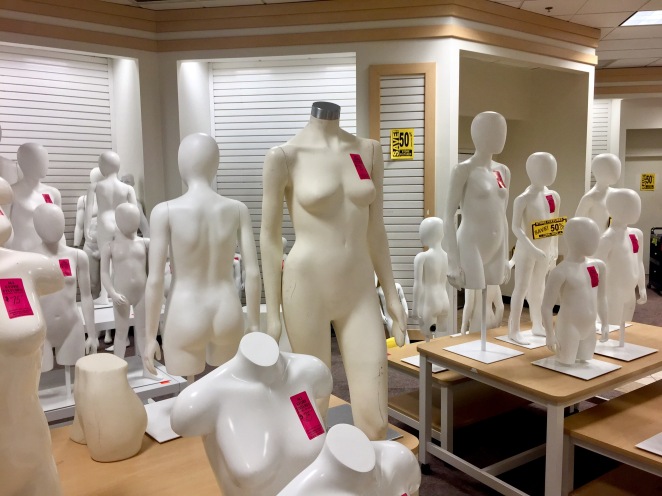 This list is growing and there’s so much more to come. It’s a huge cultural shift.
E-mail me if you want more insight BinkNyc@gmail.com

There are many other CULTURAL shifts happening. This isn’t just a little trend happening or a bump in the road. It’s no mid-market fluctuation either. It’s a splitting of the earth swallowing up outdated businesses and replacing them with new businesses and new business models.

You can’t blame C-level executives for making bad marketing decisions. It’s not their fault and even the best will fail unless they get a grasp of the Information Revolution and a radical new shift happening culturally. There will also be a shift in the perception of wealth and what wealth means. Perhaps this is why Bitcoin has become a real player on the Stock Exchanges.

There will be no coming back for these industrial companies. They are done.

The New York Times and The Wall Street Journal are already exploring ad-free digital subscriptions. As this trend will continue, the ad industry is having even bigger problems.

This is why we do Anti-Marketing.
We treat those as we ourselves
would want to be treated.

People don’t hate relevant ads, they hate bad experience(s). We need to create ads that create better experiences; Ads that are aren’t ads but rather express a human experience, achievement, thought process, and lifestyle. These things are the living embodiment of AntiMarketing.

Disruptive ads piss people off, they piss me off. It’s time to add value to ads and stop treating people like they’re just another dollar in your pocket. We are more than that…

This is an Information Revolution!

Everything and every things’s
mother is now available on
your mobile phones. This has
never happened before in the
entire human history and if
you could imagine the impact
the INDUSTRIAL REVOLUTION
(2nd Wave) had on the old
AGRICULTURAL REVOLUTION
(1st Wave) then you are miles
ahead of others in this new
INFORMATION REVOLUTION
(3rd Wave).

It’s here and it’s time for
The Information Revolution

In case you haven’t heard.

Have a very nice day.