You have to love life.
We think we have a
good handle on a few
things and then…

… someone else comes along and knocks you off your feet. They hand you some humble pie with their in-depth insight.

We do do the dirty work.

For the last two days, I’ve spoken for hours with a beautiful young woman who had just recently come back from a tour of duty from the Middle East as American military. She is true blooded American and happy to be home again.

We sat for a many hours in Astoria, Queens eateries, beer halls and shared stories. That was the first day.

The second day, we walked and talked for several hours resulting in much deeper conversation. It was about the mercenary lifestyle and the challenges and rewards that come with it.

I can’t share her identity, her position, her photo or most of her stories, but, can say that I was left jaw dropped and dumbfounded.

We were talking about business and companies and after telling her a joke called: “The actor who was out of work,” she reciprocated with an idea called: “Kill the baby.”
It immediately reminded me of the biblical story.

“Kill the baby” may have been originated in the bible. It’s an Old Testament story of God telling Abraham to kill his son, Isaac, to prove his unmoving faith and devotion. He was told to do this from a voice in the sky.

Then, at the last minute just before Abraham is about to sacrifice his son, on an alter, knife in hand, an “Angel of the Lord” calls off the murder, blesses all of Abraham’s descendants and they live happily ever after.

Most architects learn how to design a building or home that is something of innovation and beauty. They are less concerned with the actual engineering and physical compliance needed to erect that building. Architects bring the original plans to engineers for editing and certification. The engineers are more concerned with the material matters used and that the structure will work with the undeniable laws of physics and nature.
.
.
They are not interested in signing off on a fantasy.
.
.
This is the dirty work. The engineers “Kill the baby” of the architects.
.
.
.

“Kill the baby“, as she had explained, refers to a director’s original vision of a movie. It is like a baby. The director had a vision and is in the business of executing it.

When we see a director’s cut, it is often very different from the “final cut” of music videos, commercials or movies. The director’s cut is often subpar to the blockbuster version created by the producer and a great film editor.

The producer has to tell the director to “Kill the baby.”

The director is concerned with an aesthetic and their artistic vision. The producer and editor are primarily concerned with creating a Hit! Here is where the conflict begins.

Your business idea is a dream and it is your baby. Your vision is the baby Isaac. Your dream home is one with no columns, no plumbing, no unsightly electric wires or wifi cables which block the beautiful view. Your company’s dream and vision is like an original “directors’ cut,” pure and good.
.
We come with sickle in hand.
.
Once we follow the natural laws of market science and nature’s laws of physics, we can turn your company or business into blockbuster hit. We make it so it sells itself.

First, you have to “Kill the baby“.

BinkNycCulture is that angel messenger, the engineers and editors that take most of the pieces of your vision and fashions it so works optimally with the available markets, touches your client emotionally and subconsciously sells better.

We do do the dirty work.
The Founders Dilemma
.
Finally…
.

In human development, when we find out that there is no Easter Bunny, no Santa Claus and that you CAN’T click your heels three times to magically transform you home, we “Kill the baby“.

Some businesses need more Romance in their story. Some need more Drama. Most need less logic and more emotion and address the audiences subconscious. What we do is tweak your dream/vision graphically and literally so it sells better. So it sells itself.

We do do advertising and branding on steroids and crack.

Thank you for understanding. 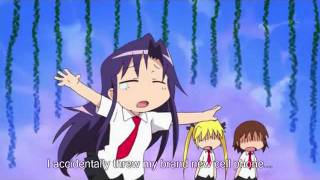 UPSIDE:
The case for improved and specific employee benefits has increased significantly since 2020. Worksite Benefits enables employers to offer great benefits packages without seriously impacting their bottom line.
Thought of the Day:
I'm a fan of professor Marshall McLuhan. McLuhan was able to see and perceive the media and its tremendous influence on reality.
*Michelin-trained Chef with a sharp mind, great food, and deft sense of humor: ExecutiveChefMike.com
SELLING vs MARKETING
Loading Comments...
%d bloggers like this: