The Rest is History

Below is a pretty picture of a 20 year career selling millions and millions of products and services for some wonderful clients. I’m Not going to share the tales of the ugly failures and sheer stupidities. You can call me in person and I’d happily share it all.

11211 Magazine founder and publisher, Breuk Iversen is listed among one of the most prolific designers of all time.

All success stories require multiple failures and stumbling blocks to get to the good stuff. In this piece I only hope to arm you with the knowledge to make an educated decision about your mission and business. Then, when you are ready to work, we work.

A great man once said:

Results are the ultimate guru.

While this statement may be 100% true, one may argue that it if someone else says it for you, you wouldn’t have to prove the results of your working career all by yourself. Hire a publicist.

Someone wrote a book entitled Breuk Iversen. It has all the info you could find about me online and is currently selling for $40 AbeBooks.com. or Amazon.com/breuk-iversen

I recieved no call nor did they ask any questions, or for any consent to write this book. I bought two copies and then sent them back. They are useless.

It is a bunch of stuff you can get by Googling my name. There is also some rare and valuable Neurochemical writings, however, it is only useful to the most proficient marketers and ad people. It’s pretty technical stuff.

The Rest is History

Snapple (1992)
Helped develop a the campaign (Wendy the receptionist) which brought Snapple’s stocks to split twice in six months. Then they were bought up by Quaker for millions.
The rest is history.
.
.

Kate Spade (1992)
Worked with Kate and her (then) fiancé Andy Spade (David Spade’s brother), to launch her brand of bags. She was still selling them on the beach in the Hampton’s until she started getting in substantial orders from retail outlets in NYC.
The rest is history.
.
.
.

Ben Sargent (Food Network)
Ben was a long-term and consistent advertiser in 11211 Magazine for years. When it came time for him to graduate from Williamsburg forever, we set him up with his first nationally syndicated TV show.
See the story here:
The Brooklyn Chowda Surfa Dude 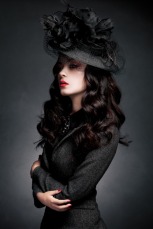 “The media push you did for the (Guess Girl) campaign was a great idea!
You’re a sweetheart. And thank you very much!”

See our little story here: Alex Abercrombie
Or a year later where she appeared as
Alexandra Tyler in

The rest is history.

Scot Rossillo (The Bagel Store)
Scot invented the Rainbow Bagel and was also a long-term advertiser in 11211 Magazine for years. When he first opened his Williamsburg | Brooklyn location, he called the magazine at 4AM one morning.
Here is the story of how we met: The Bagel Store

Here’s the original ad that launched his business: 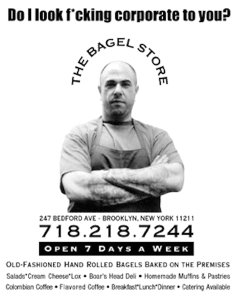 You may have heard of Scot.
Maybe not, but you’ve certainly
read about his Rainbow Bagels: 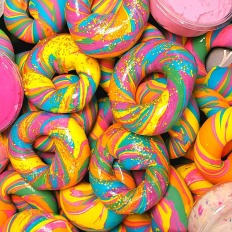 The rest is history.

Somalogy
Tyr Throne was struggling with his Body Evolution method for 35 years. We needed to rebrand his method. We replaced all the imagery and verbiage from Body Evolution to use a professional medical name (Somalogy). Prior to the name change he was getting single digit results in client obtainment and client conversions. Today, he is in the 70% range for both. Now he can expand his practice and methods and has enrolled practitioners internationally in Japan, Germany, and the South Pacific islands.
See the full story here:
Somalogy

4A’s
They contacted me out of blue and wanted to hire me to be on their iLab team. Apparently, I’m one of the few seasoned designers and AdMen to apply these new Neuroscientific findings to advertising, branding, communications and design. They got it right off the bat. I’ve signed an NDA with them and can’t tell what we are working on or developing there for last couple of years. The only thing I can say is that: It’s Revolutionary.
See: Press

Coach Leatherware and Kenneth Cole
While at KBSP.com I worked with copywriter, Andy Spade and a slew of great art directors on a number of successful campaigns. Coach and Kenneth Cole were among them.
The rest is history.
.
.
.

XXL Magazine
Hired to run an SEO campaign to stabilize their position as a stronger Media Property (print and web). Was also hired to promote one HIP HOP and RAP event in NYC. I suggested they use using Social Media and more specifically, Facebook. They were running into a problem with low ticket sales for this one event at the Highline Ballroom. We ran a 24 hour blitz and filled the place to capacity. Not only that but we had a line around the block until 2AM using Facebook. 24 hours and a modelst  $500, we nailed it using Facebook’s fantastic ad platform to hit the target market between the eyes.
.
.
.
.

The Loom (Bushwick | Brooklyn)
While leaving Williamsburg and looking for the next “new” place, I moved to Bushwick | Brooklyn. One of my old employees from 11211 was working for a real estate developer as they were building out and designing a new space for a Mini-Mall. They asked for my opinion on the layout and design.
I studied the plans and told them why the entire space needed to be reconfigured. They agreed even after the plans had been submitted to the building department. It was a good decision on their part. I re-design the entire space and today they have 0% vacancy.
See: Shops at the Loom

City Acupuncture
Robbie and I go back a number of years. I helped him when he first opened this business on W14th Street. At some point after moving downtown, right after Hurricane Sandy he lost a couple of hundred customers. The hurricane really impacted his lower Manhattan business. We placed a lot of emphasis on E-mail blasts and his Social Media (Facebook, Twitter and LinkedIn) profiles and created an upturn trajectory. Today he has the second largest community acupuncture clinic in the US. It’s first largest on the east coast.
See Case Study #3
The rest is history.
.
.

Williamsburg | Brooklyn
I hadn’t realized the full impact 11211 Magazine had until 2012. I spent a month doing online research and pulled some startling dates and numbers showing that the 1/2 million copies of 11211 Magazine had a direct impact on Williamsburg | Brooklyn. I then hired a researcher from Martha Stewart to see if his findings were the same. They were.
In 2000, the borough of Brooklyn wasn’t even looking at tourism numbers. I’ll eventually argue that not only did I promote and put in place the “arts and culture” persona you’ve come to know as Williamsburg but, additionally created a HUB (Bedford Avenue) as an entry point to make Brooklyn cool like it has never been perceived before.
The work I did correlated directly with the influx of massive traffic to the Brooklyn area. Williamsburg became a heavily adopted brand over those six years. This shows what you can do with a high-quality, color, glossy magazine with subversive and 150 rebellious writers, 200 illustrators and 350 up and coming photographers.
Since peaking at 15M tourists in 2010, Brooklyn today still draws 11M tourists nationally and internationally. Good.
I was then approached by NYU – Stern School of Business. They created this video.
Here’s some of the research findings:
See: Williamsburg | Brooklyn
The rest is history. 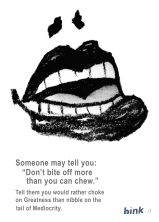 Fashion Week Brooklyn             [ fw|BK ]
BinkNyc Culture founder Breuk Iversen was named the Brand Architect of Fashion Week Brooklyn (09/2016).  We are currently completing the 2016 shows and season before relaunching the fw|BK brand. The goal, as we expect it, is to have fw|BK become the fashion face of Brooklyn. It will take us about a year to complete the assignment and make fw|BK profitable by the fall 2017. Once we have some noteworthy designers who want to participate in a Brooklyn brand, we’ll be on our way.
See the video featuring the founder Rick Davy:
.
.

This is the process we use:

If you have something that you plan to do and believe it has the potential to be a national bestseller, let’s have a conversation. Take that first step on the path of a thousand miles. And if you hire us, we promise, it won’t take a decade.   😀

We have a no money down option for people with doubts. Maybe they don’t truly believe in themselves or their idea. Either way, the deal is: We will take 50% of whatever we bring in.

Read the next paragraph.

Otherwise, our normal commission rates are competitive at 30% with 10-15K down. We have other cost options as well. All these conversations will lead to greater clarity. 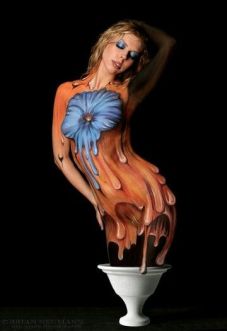 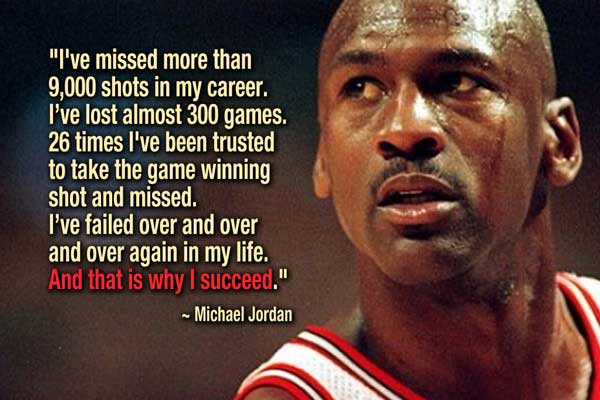 Other little local brands we loved to help:

Beehive Salon (Williamsburg | Brooklyn)
In 2002, Melaina Ulino came from a well-established Fifth Ave. salon and opened up shop in Williamsburg | Brooklyn. Her press agent called and had invited me to see the space that she was opening. We offered her a whole package; ads, a website, brochures, bus. cards and helped sustain her business (Downtime Spa) for over a decade.
When I heard that another local salon wanted to sell their business, I arranged the initial meetings, helped facilitate the deal, removed fear/doubt on both parties and Melaina eventually bought Beehive Salon. Since the merger, we’ve trained her staff in expert Social Media engagement.
The rest is history.

Sweet-Janes.com
From the first year to the second, sales tripled. From the second year to the third, sales doubled. This was done by implementing a very specific Brand—ID  methodology with practically no adversiting.

Having a great Brand is one thing. Having a great product to sell brings the Brand—ID and product together to create an item that is in-demand. The Brand—ID brings in subconscious and emotional components which make up 90-95% of all human decision making according to recent Neuroscientific (MRI) research.  Advertising quickly becomes irrelvant when compared to a tight ad well-executed Word-of-Mouth (WOM) campaign.

spades + siLK
Juliette Donatelli came to me and needed help with a way monetize her blog site. We went through several variables and options to make her zero $ generating blog into $3,500 per month website. She’s now doing this blog and consultancy full time. You don’t see the advertisers banner ads because the “ads” (products and services) are now a very seamless part of the content.