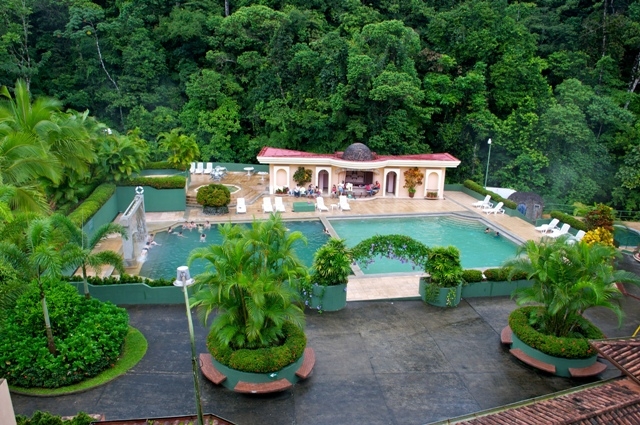 Bali: beach balls in a suit and tie.

Tyr has been plugging away at Body Evolution practice for over 30 years. When we started the campaign, he had recently moved to Thailand and was working at a health resort there. After a few conversations, he realized that he really needed help with his brand.

His technique and application is there but, conveying its usefulness and benefits through a Brand wasn’t. Body Evolution was NOT translating to his potential clients.

What Happened?
Each week’s new arrivals were received at the resort. Opening night was when you would meet all the practitioners: the massage therapist, the aromatherapist, an acupuncturist, a yoga instructor, Tyr Throne’s: Body Evolution, etc…

Tyr would stand among them and talk about his practice: Body Evolution. His continued attempts each week only generated 1-3 new clients out of 30.

He was surviving but, not thriving at all.

We did long Skype calls at 3-4am (EST) and I learned everything I could about his cutting-edge modality. We started working on his brand.

It quickly became obvious that many problems that were going on started with his dialogue and lexicon. Even his company/method’s name: “Body Evolution” was problematic. It doesn’t put an image in the mind.

His verbal and visual, in-person presentations were generating unsuccessful results.

I did extensive research for 2 months and thoroughly studied his competition, website (text and images), online reputation (Google), his market types and their lifestyles, his sales offering (pitch), the language (lexicon) he was using (verbs and nouns).

He wasn’t projecting his brand (company) as a personality or aesthetically and conveying a clear and tangible; emotional or logical benefit, to his potential clients. He didn’t even know that these things were needed for his business or that such things existed.

After two months HE FOLLOWED OUR ADJUSTMENTS.  I gave him a print out which was a page and a half of text to read to the audience.

HE ENROLLED 28 OF the 30 PEOPLE TO SIGN UP THE VERY FIRST WEEK.

Wow, what a mind blower.

I got 28 of the 30 people to sign up. It’s amazing, scary and also empowering. I now feel I can both protect myself, and know more about how to market my valuable work than I ever dreamt. Deep gratitude for turning me onto this.”

He was referring to the Neurochemical: Brand—ID. < see link )

What Did We Do?
He did a Brand—ID. The Brand—ID is a 30-page instruction manual that identifies you, your company and more importantly, a segmented, target market. The target market is a market that already exists. You want your company to align itself with those values.  It has nothing to do with age, race, gender, sex or demographic data like many are led to believe. It’s all about lifestyle these days.

Our strategy is measurable and primarily based on scientific and mathematical data. The results are the only thing that is magical.

“If you can influence the leaders, either with
or without their conscious cooperation,
you automatically influence the group
which they sway.”
— Edward Bernays

(nephew of Sigmund Freud and father of Public Relations)

Tyr said that I tripled his income in 2 months. This may have been true: “in two months”.

The real fact of the matter is that shortly after that first two months, we multiplied his income by 10Xs.  When you go from 2-3 clients to 28 consistently, week in and week out, that’s 10Xs what he was making before. It’s okay. We’ll just take the credit for the 300% increase.

The good news is:
Tyr and his wife have since bought a mansion in Thailand.

The bad news is:
Well, there is no bad news anymore.

I suppose it is a little embarrassing and scary when you think you know what your brand is for 30+ years and then realize you actually had only a fraction of an idea.

I played the guru.
It is Tyr who is the real hero
and the one out there
improving peoples’ lives.

We are the majestic hidden force behind many new brands. We don’t need to be out in the forefront and are quite comfortable with being behind the scenes and watching, developing and making your company grow. It’s an alchemical process deeply based in math and science.

We are here to assist.

I even threw in an Advertisement for him to display at the resort. It was a started gift to launch the campaign. It was a little bonus gift: