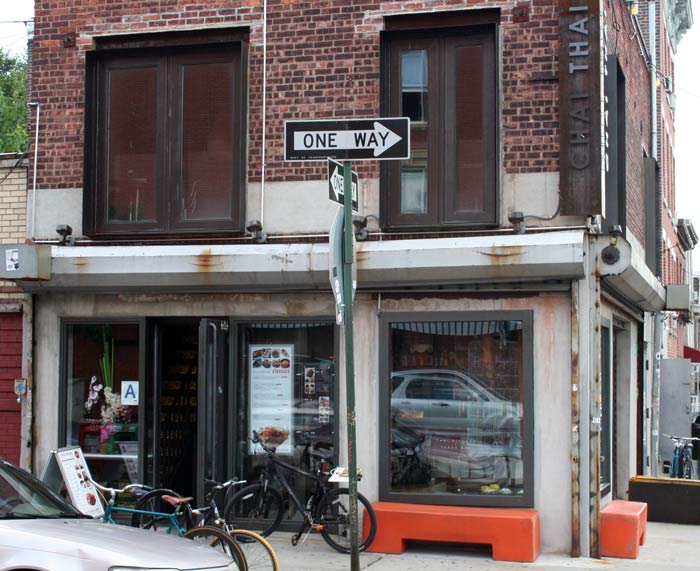 We Did Do Williamsburg | Brooklyn

WILLIAMSBURG | BROOKLYN didn’t ‘just happen‘ the way some people may believe. It wasn’t something magical, something arbitrary, accidental or something strange. The neighborhood didn’t just transform itself.

We planned it:
Back in 2000, we started a publication to promote the neighborhood (11211 Magazine). By 2006, we distributed half a million copies in both Manhattan and Brooklyn; half in Brooklyn, half in Manhattan. We coordinated small and larger events, street vendors; researched and published the legalities involved, helped people transition out of lofts, merged business owners with artists; installed a more effective communications strategy: BRANDING.

First, the publication was very unusual as publications go — there was No Editing.

11211 was less of as exercise in proper journalism and more at creating a time capsule of who was in the neighborhood at the time. It was focused on free flowing, freedom of expression.

The publication was named 11211 after its ZIP CODE. To be a writer, illustrator or photographer in the magazine, the single requirement was that everyone Must Live In The Zip Code.

Prior to this, the printed publications in Williamsburg were only distributed locally, by the locals for the locals—a preaching to the choir— if you will.

Secondly, there were a number of advanced brand techniques used which was based in freedom of expression with a wild sense of humor. This was attractive to the artists that lived there in 2000. Then, they brought two friends who also brought two friends and so on.

Thirdly, we spear-headed the combining of 1) the new local businesses, 2) a celebration of the long-term residents and 3) gritty culture and 4) local artists, who would join together in a concerted effort to promote the neighborhood. This was all done to produce an awareness of the spawning artist culture in Brooklyn through a costly, high-quality publication.

Initially we solicited 500 fashion brand named businesses in Manhattan for advertising and got no where, adding no advertisers to our ad pages. This effort cost $50K. We were the. forced to lean into the local community, getting to meet and know all of the local businesses and business owners. We reached out to the art galleries and their artists, who also got illustrators, writers and photographers to contribute. Naturally, we paid everyone for their work and contributions. The Advertising money generated from the local businesses was used to pay all the artists and writers who contributed, and also for operational costs: sales staffing, printing and distribution. In one year we had collected an e-mail list of 16,000 names, all in the 11211 ZIP CODE.

Williamsburg had all the raw makings and qualities of the next big artist’s community. There was a fledgling artistic scene already happening there with epic, notable and weekend long parties. We promoted those events. The L train’s Bedford Avenue subway stop was only a 10-15 minute MTA commute to Union Square. The industrial real estate market was dead with scores of near-empty loft buildings.

The strip (Bedford Avenue) has small and cute retail stores which you could rent for as little as $800. per month in 2000. A year before (1999) you could rent the same space for $300-350. per month. A year later (2001) the same exact space rented to Brooklyn Handknit for $3,000. per month. Brooklyn Handknit (an early-adopter and supportive advertiser in 11211 Magazine) was already selling hand knit hats in Bergdorf-Goodman. So when they opened on North 6th and Bedford, it was clear that gentrification had landed in Williamsburg | Brooklyn.

Many of the post WWII industrial lofts were now rented to artists and musicians as A.I.R. (artists-in-residence) compliance, cash deals that were under the table and off the grid. Illegal loft living was a hush hush to the a little over 2,500 artists that lived there.

The first stop on the Brooklyn L Train is Bedford Avenue—a one-stop, short train ride to First Avenue in the East Village. The nickname for Bedford was Avenue E. So, the location was ideal for a cool bedroom for creatives working “regular jobs” in NYC.

The subconscious and emotional elements we added to the Williamsburg brand were the deeper, subversive reasons why the hundreds of thousands of people came and talked about Williamsburg to others (Word Of Mouth). If we had to sum up the branding effort in just a few words, it would be that Williamsburg was a living embodiment of a new, progressive form of:  The American Dream.

Then there is this little gem from New York Magazine:

As a result, near the end of 2010-2011, a reported 15,000,000 national and international tourists came to visit Brooklyn via Williamsburg. We made that little piece of Brooklyn cool—cooler than ever before.

Mr. Iversen has this to say:

“When I asked Milton Glaser what he thought I should do in 2001, he told me: ‘Forget Williamsburg, there’s no money there. Go to SoHo. The businesses there would appreciate a fine publication like this on such heavy paper.’ I thought to argue the point that Soho was done and Williamsburg was fresh and up and coming. He didn’t agree. I dropped the topic but knew in my heart of hearts about the tremendous potential Williamsburg  could offer. I continued on with promoting and publicizing the neighborhood.”

To give a sense of scale, back in 2000 there was little interest in Brooklyn and the city wasn’t even keeping track of tourism. Then by 2011, 15 million tourists were recorded coming to Brooklyn and mainly through Williamsburg | Brooklyn. Today, tourism growth to Brooklyn has slowed a little.

Let’s plan the future for your company or the corner of the globe. We use an ultra-modern business growth system called the Neurochemical. The system is based on a highly curated collection of statistical evidence, research, biology, both psychological and lifestyle profiling and numerous recent neurological and scientific findings (see case studies).

This system leaves no room for error. We take the hunches and guesswork out of growing a company. If we execute an error, we fix it immediately and continue to build a company.

“In business our success depends on power and persistence of our clients. They are the stars of the show.”  — Breuk Iversen

Have a great day.