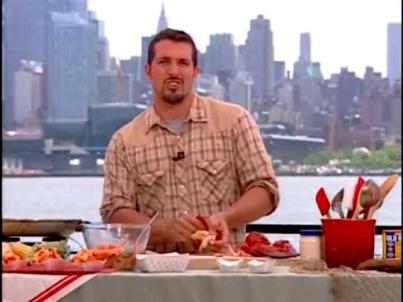 Ben Sargent is a strikingly handsome young man, charming as hell, and equally intelligent. Most of all, he understands the value of Public Relations like there is no tomorrow.

He’s an avid self-promoter and had convinced me on MANY occasions to promote his insane ideas and articles in my magazine (11211). If he didn’t convince me of this directly, he had totally convinced the women who worked for me to do his bidding. We usually let him win.

He started his business in a alleyway converted to a little hangout with only 4-5 seats, called Hurricane Hopeful and built a few legendary businesses from there.

One day out of nowhere, over night, he and his friends moved into a struggling Cosmo-Italian restaurant on North 6th with 50 surfboards and enough beach and fishing paraphernalia to fill an 18 wheeler.

It is still there. It’s called Surf Bar and it literally, became a major hit in the neighborhood overnight! He built it with a small crew of buddies. The floor of the place, still to this day, is covered in sand. It’s like a beach bar in Williamsburg.

As my TV, kiosk and video project was lying face down in the mud, his unannounced exit from Williamsburg a month before included an extended surfing vacation in the Caribbean. For a little over a year he disappeared to the beaches of Puerto Rico and St. John to catch the surf with any number of tanned Latino women.

Upon his return, I got a call from him, red with anger and he wanted his money back. I’m not kidding. His nostrils were flared when I met him at Rabbithole Bistro in Williamsburg. 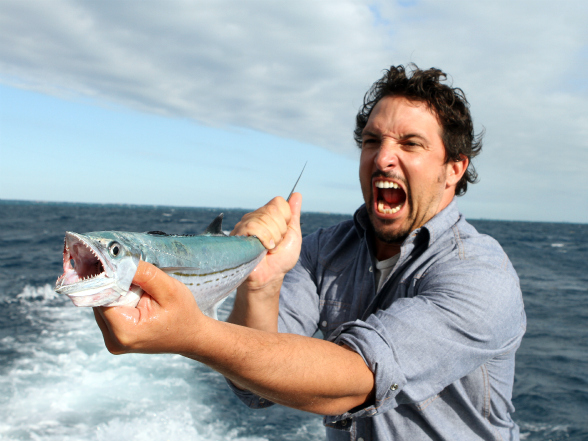 Well, his videos and promotions went on for a few months on the WBurg website properties. While only mildly effective—so young and new— the 3 months that had elapsed knocked off $2K from the $10K he paid our company nearly a year before.

I gave him a choice. Take $8K now or hire me for the next portion if his adventure. He took me up on taking the next path on his journey. It was a wise choice. I was cash poor at the moment he asked having spent close to $60,000. for outdoor LED TV screens.

I struggled for a few weeks trying to get him to own up to some short term goal.  He came back with this two-fold idea:

I agreed to help him with #1 finding him a large Brooklyn beer sponsor ($25K) and then #2. He hired me to get these two things to happen. As a result of my efforts, the short term deal was— I would find a way to make him $60K as a result of my efforts, within the next 12 months. So if it worked, we would be settled up for the remaining $8K he had paid me for the failed Williamsburg TV, kiosk and video project.

Here’s what I did:
First, we designed an entire infrastructure for the sponsorship package he needed to launch The Brooklyn Fishing Derby. This included showing ways that a sponsorship inclusion opportunity would reach a certain number of people in Williamsburg (an ROI). Yes, fishing and beer go together.

We ran with headline: “Urban Anglers – Who Will Be Brooklyn’s Biggest Hooker?”

Secondly, was the TV celebrity idea and getting his travels filmed, broadcast and paid for by whatever network would pick him up when he was ready to escape NY or leave again.

I enrolled two other local Wburg experts to help with this: Lori Manning (she brought Ben to the title sponsor) and Rev. Spyro Poulos got Ben a TV program on Fx.

Lori personally knew all the main money people and donors in Williamsburg from her non-profit company called, “Black Moon Theatre“. She hooked Ben up with Union Beer in Williamsburg.

Spyro is an old high school nemesis of mine and an absolute mastermind of understanding Pop Culture, the structural and strategic components of the Advertising world and all the indy parts needed for a corporate sponsorship program. He happene to have an “in” at Fx.

Lori and I promoted his Brooklyn Fishing Derby with the Title Sponsor. We facilitated a yearly, extended contract of a $25K sponsorship with Union Beer (aka Great Brewers).

Spyro set him up with his first Pilot program on PlumTV. Ben’s salary the first year was well into $45K range.

In two months, his total was $25K and $45K = $70K. These projects were parlayed to get his own TV show on the Cooking Channel called “Hook, Line and Dinner”.

You can probably still get his awesome Greenpoint lobsta rolls if you call his cell. You have to wait around the corner by the rad wall and it’s cash only for the lobster roll handoff. Someone looking like this photo above will hand you a bag with the amount of lobsta rolls you ordered—please have exactly change only.

You’d only have to meet Ben once to know that he was destined to be on TV. Not only that but, he’s the type of guy who makes you feel more valuable about yourself by being in his company.

You already know
“It’s not what you know. It’s who you know.”

It’s like that. Some people have all the fixins for media stardom. Personally, I’m not that guy. I’m that producer guy that gets the job done. I’m always behind the curtain.

[ Hey Ben, When you see this,
call Spyro and thank him
for the PlumTV gig. ] 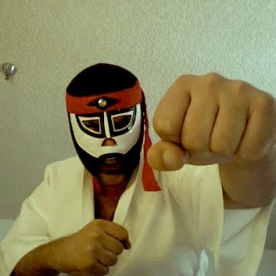 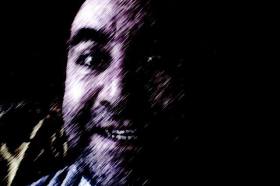