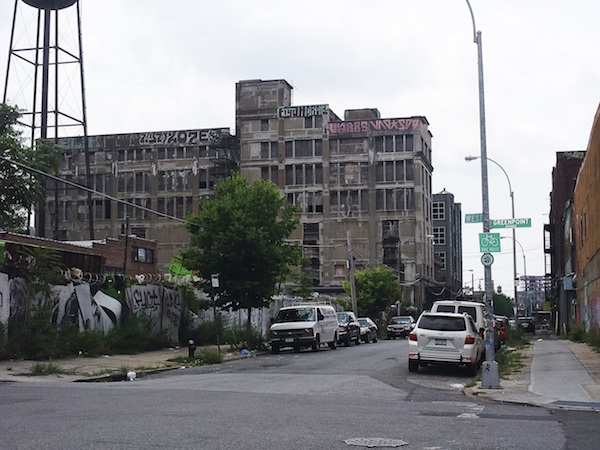 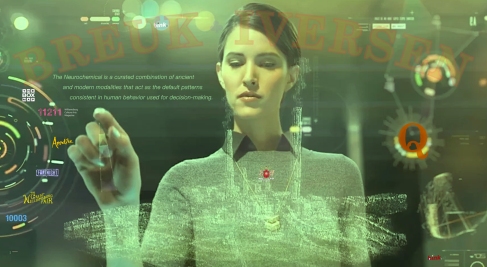 This page answers:
Why some sales sux and what you can do to improve your work.

I know these Neurochemical e-mails are only scratching the superficial surface of a much more in-depth conversation. A few people have written me back saying: “Be careful, you are giving away too much information, for free!”

I don’t worry about this. In the case where examples are presented, there is so much more going on below the surface of this. Their audience and industry is specific to them and what is bearable in the market. It is practically impossible for someone to get a handle on what is going on here and why we can do what we do. We’ve only share a few bits and pieces.

There are plenty of components and additional information required to use the entire system.

I’ve given out 30-40 great things to test and try. These are not “ideas” or “tips and tricks” but proven methods that work. We don’t use guesswork, intuition or hunches.

Honestly, if everyone could make exactly what they want happen, nothing would be a challenge anymore. 😀

What I hope readers gain from these pages is that getting better than 5-10% in results. To get results over 30%-70%, you are going to need us folks who are well-versed in the Neurochemical. 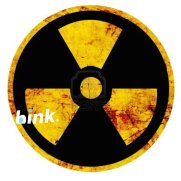 It’s time for a real-life story. 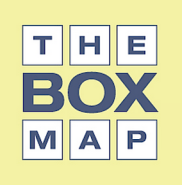 In 2002, Moisha walked into my Williamsburg Loft office for a job. He responded to the posters we had on the vacant storefronts on Bedford Avenue. It was a commission only, sales position for something we designed for the neighborhood called: The Box Map.

It was a very simple map, and a simple clear cut sales procedure. The Map basically sold itself. The map was a fold-out, full scale, 23″ X 35″, and black & white. On the front was a normal looking street map of the ZIP CODE (11211). On the back was a complete list of 1,800 businesses and the cover price was $3.

Moisha was dressed like a hipster kid, 23 years old but, was one of the most usual employees I’ve ever had. Two days before he left his Hasidic family and home on the south side of Williamsburg. He had entered into the wildlife and naughtiness of the hip Hedon-WBurg.

He was by all means, a gentleman and by that I do mean “a gentle man”. He was also unassuming and unobtrusive and upon first glance, you would never expect he was Hasidic until he spoke and his rich and comical Jewish/Brooklyn accent. This accent always sounded like he was about to go straight into a joke.

He was as charming and curious. He only crossed from the Southside to the Northside but this is just like entering the Forbidden City from the mountains of Tibet. 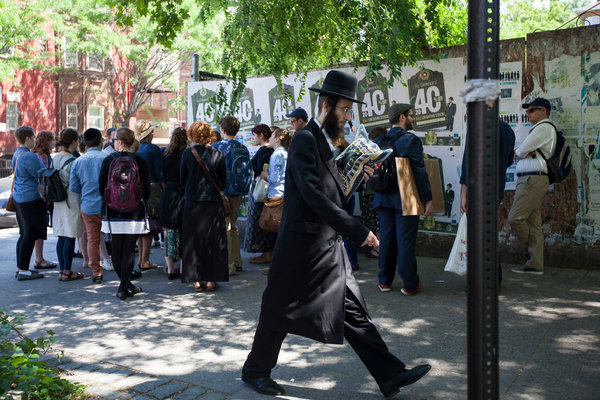 After that morning had passed into the afternoon and not a stitch of work had been accomplished that day, I will share with you one of his examples and why he thought he would be a good sales person.

Moisha had two techniques he used to close sales which he described quite humorously, sans any chagrin.

[ I’ve since adopted this technique. It works although it does depend on what the sale price is. TheBoxMap was $30. for services and product. ]

“TWO, listen to everything they are saying, their problems and concerns and see how you can help.”

Needless to say, he was hired and I had the sneaking feeling that he wasn’t leaving until I gave him the job that day. For him, it wasn’t about the money or selling but quenching a curiosity. He now had the chance at a new experience in a new area and playing the part of an “hipster insider.” The insider was 11211 Magazine. Back then, 11211 (zip code) was vastly different from the Hasidic community. It still is.

He was the highest performing salesman on our team and everyday he would come back with a minimum of 8-10 sales each day. He earned the title “The Box Map Rabbi“.

What made Moisha such a poignant salesperson was his two sales techniques and never being short of dry, humorous, child-like questions. He was very relaxing to listen to, reflective in his observations and left trails of peace and smiles everywhere he went.

Curious as can be Moisha was a wanderer who never paid any attention to the clock and moved with sync with time itself. Nothing phased him or surprised him. Everything was taken with a grain of salt and always in an easy stride.

Here’s what I learned from him and the Williamsburg Jews in general:

Business owners and people normally don’t trust each other. Build trust first so that people know you are not running off with their money.

2) Be Curious: (teen)
We have two ears and one mouth so listen twice as much as you speak unless you are asking questions.

3) Take Your Time: (senior)
Time to listen to what customers have to say. Are you there to help them or just get their money because you need it? People know the difference.

4) Be Wise: (adult)
People love when you give a piece of advice that makes their day easier. People are generally emotional and logical reassurance is relaxing.

So, we can end the read here, however, If you want the subconscious and emotional impact and how we have refined this art to a science using mathematics, please read on…

Knowing where you are in any interaction gives you the confidence to logically handle the emotions and subconscious mind where 90-95% of all human decision-making is made.

Here are 4 logical metaphors to explain the process and patterns.

Of the 3 metaphors above, choose which you like. I like the HUMAN DEVELOPMENT metaphor and how this applies to a very successful SALES system. It’s a step-by-step process and goes like this:

If you skip a step, that’s okay. The problem is you will have to go back through the system and fix it. Otherwise, this is where things go wrong in an interaction and outcomes become unpredictable. It’s risky and not measurable.

Here’s what happens when you go directly into Adolescence without going through the Childhood phase:

You have NOT established any kind of High Value. As a result, your prospect with always have doubts looming in the back of their subconscious mind. They are NOT fully certain about you, your abilities and services/product. There are underlying doubts in the shadows. I promise.

What we normally see people do to replace this step is get a DRINK. This allows people to drop their defenses and guard down so you can see through their words and get a better judge of their character.

Childhood is playful, trusting and innocence. It displays confidence and determines if “High Value”.

Here’s what happens when you go directly into Adulthood without going through the Adolescence phase:

No deep connection or rapport is established and you are inviting them to seek out other options based on conscious and logical reasoning. They don’t deeply care about you and you haven’t challenged them.

Adolescence  is placing challenges, rebellion and deciding if affinity or rapport fits into the equation.

Adulthood is where contracts are signed and money is made. There are multiple ways to engage so you want to look for indicators and entry points.

If you go directly into the Senior phase (conversion) without establishing any of the preliminary phases: You have neglected the emotions, the subconscious, the logical and conscious reasoning and are going to look creepy. You can always backtrack and fix and repair ANY damage that happened in the interaction. It just takes time.

The question probably on your mind is: “Which stage do you go for the money?

The answer is: The Adult Stage.

Well, this is where most people would like to be 80-90% of the time. When their campaigns only generate a 5-10% return, it is because they haven’t established and engaged the Child and Teen Stages. They go for the gold. Naturally, this creates resistance.

Let’s return to Moisha and what he innately did without thinking too much about it.

1) He was quite child-like with both an inquisitive and intuitive mind. This subconsciously established HE as the Child and the BUSINESS owner as the Adult. In this initial phase, all successful human interaction and development creates a great entry point and gave Moisha control over the outcome. It lets down our natural defenses as business owners and keeps us from rejecting this type of salesperson or deal from happening.

Childhood:
This is the stage of the emotions.

2) Teens and Adolescents are naturally rebellious and confrontational. In this phase Moisha would listen to their problems and concerns establishing rapport and offering to resolve their challenges by selling spots on TheBoxMap.

Adolescence:
This is the subconscious stage.

3) Adult: One of the things I thought Moisha should do with The Box Map sales would be to go into sales in Hasidic sector of South Williamsburg since he spoke fluent Yiddish. He said “No way. I’d get asked 1000 questions and never get any sales done.”

Adult:
This is the stage where and when sales happen.

4) Senior: The last stage is where conversions happen.

Well, if you want to know exactly what goes on in this Senior (conversion) stage, give a call, drop an e-mail, yell out your window. Each part of the Communiqué Stratégie is more involved has dozens of factors as you go through each stage adding more variables into the equation. It’s a matter of listening to where you are and asking what has happened so far. 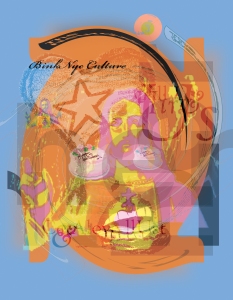 BinkNyc has historically designed a system for building businesses from the ground up. We use a logical sequence

Most business owners mistakenly believe that all they need to do is Design business cards, do a website and then all they have to do is Advertise. This is where business owners end up making less than a $5 million per year.

These Design and Advertising steps are fine but will only get them so far. They skip over the A (Branding) and the C steps (Communications).

In our ‘building metaphor”, this is the equivalent of having a house nicely painted with drapes and furniture but with no basement (Brand) and no gas, running water, plumbing or electricity (Communications).

This makes sales tough. In due time and as soon as the competition comes, the businesses with only two pieces of a four part build-out scramble to make ends meet. That’s just the way it goes. Tell us if you think we are mistaken. 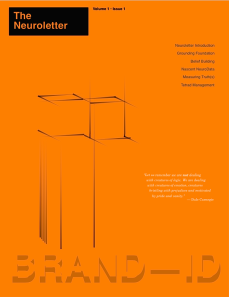 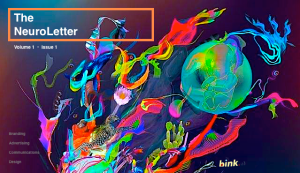 A new Creative Agency in Staten Island draws outside of the lines and plays beyond the gates. Then there are always those times reel the fray back in to normalcy. If they can deliver on the promise, then ALL GOOD.
Design for a client’s weekly newsletter. These are always focused on being a better human. They are located in #statenisland #nyc. You can receive this weekly comp’d email by going to LionsPrideInstitute.com and signing up.
It’s not finished but I ( #sinyc ) have to say, I’m damn proud of this poster. Yeah, it’s been used, and yeah it’s been lifted from @obeygiant but, yeah it will work.
We went to see what all the fuss was about. Mac’s Public House came highly recommended to me by a fourth generation Staten Islander. The place looks legit.
Some graphics for client.
Aysha NY [.com] is a former designer from DIOR (Paris) and Dolce Gabbana (Milan) who has a strong foothold in NYC’s Fashion District. Her AYSHANY brand adorns entrepreneurial, C-Suite women in their most accomplished, “top of their game” years. When you are prepared to empower your sister, this is the “go to” Brand you were seeking years before.
Loading Comments...
Comment
×