This Neurochemical segment is a five part series of the true tales living and working in Astoria, Queens. This excerpt has been conveniently written in chronological order for accuracy, reality and reflection.

Queens is a strange area as NYC areas go. On the surface and from a visitor’s perspective, all would seem normal. In fact, one might say: VERY NORMAL. While this shouldn’t be unusual all to concerned, in the same breath I’ll suggest that QUEENS NORMAL, should be more to the point and also disconcerning. So if you dare to wear the lense perscribed here and see the QUEENS reality world as it, then this PIRATING IN QUEENS is for you.

Often we read articles, stories or accounts which often contain exaggerations and tall tales to create drama. I didn’t have to do that here as the following PIRATE STORIES here can be considered legal affidavits which I would gladly print, sign,  have notarized presented and in a court of law. It means they’re true. With that said, let me not ruin the strangeness of the following stories before you’ve had a chance to actually read through the following accounts.

1. a person who attacks and robs ships at sea.
synonyms: freebooter, marauder, raider;

Middle English: from Latin pirata, from Greek peiratēs, from peirein ‘to attempt, attack’ (from peira ‘an attempt’). 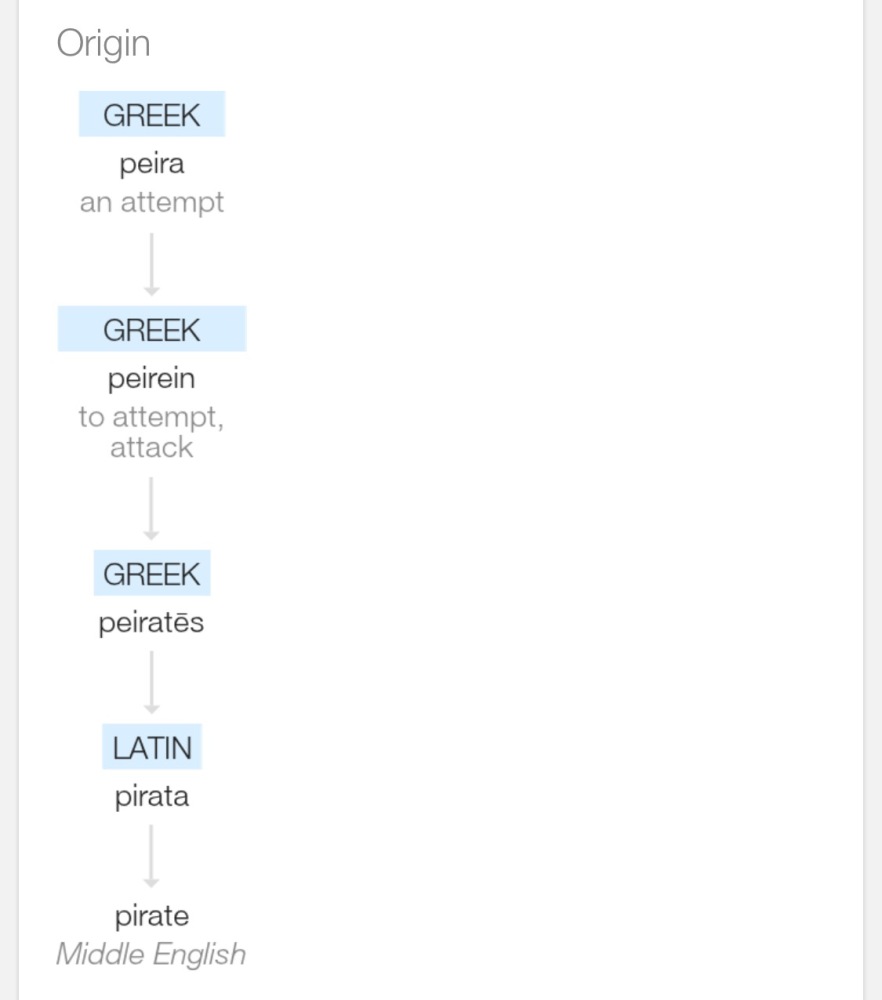 PIRATE, by definition, has a long history in Greek culture. For all intents and purposes, the Greeks have created the word: pirate, (peira, preirein, peiratēs, pirata, pirates). Astoria, Queens has the second largest Greek population outside of Greece in the world. The country is mostly prescribed as a series of hundreds of islands.
If I needed to make any direct correlations between the country and culture here it is that they are a seafaring people, accredited for having created the first Navy by King Minos of Crete
I’ll add this from a Greek historian I met in Astoria: “Do you know Greek is only spoken in Greece and Cyprus and not a widely used language in other parts of the world where they speak English and Spanish?”
I’ll admit, I was very curious. The idea never crossed my mind, ever.
He continued: “Because the Greeks have been fighting themselves for centuries. They’ve never had time to conquer anywhere else if they are continually at war with themselves.”
Mind. Blown. Mic 🎤 drop.
_________________________________
It was an amazing summer. I got to meet so many new pirates in Queens. When asked to describe what Queens is like, I say: “If Manhattan is a luxury cruise ocean liner and Brooklyn is an oil tanker, Queens is a fleet of independent pirate ships.“

I tell this last quote to people in Manhattan and they are not perfectly curious. I tell the quote to people in Brooklyn and the think: “Why an oil tanker?” My answer is because business owners and residents on a block work together like a crew. They protect and care for one another.
.
People in Queens know exactly what I mean by independent pirate ships. It’s a borough where every man or woman, business owner is out for themselves. A deep or even superficial sense of community, and the power it brings, is sorely lacking here. It might be for a personal quest for autonomy. It’s as though each business owner seeks independence, so feverishly, they view themselves as an island unto themselves. Of course, this quote still holds true:
.

.
This pirate metaphor happens to apply to Queens really well although I don’t know exactly why. The people here who don’t own their own business are usually (city and state) civil workers or involved in the Unions.
I spoke to an older gentlemen who has had four bars and two night clubs in Astoria 30 years ago. He said: “Business here is like this: This one screws that one, and that one screws this one, and so the music of this symphony quietly plays on.”
.
The first clue of this observation should’ve been the architecture of homes in Queens. Many are mostly inexpensive, made to appear more expensive then they are but they’re prefabricated amalgamations of the industrious 40, 50s and 60s. They come complete with the aluminum siding and Home Depot holiday decorations.
.
Never mind. I’m being factious toward the working class and civil jobbers who occupy and actually create this city’s infrastructure. Many live here in Queens. It’s a ‘blue collar’ borough.
.
Maybe it’s just regular people expressing their individualism. Maybe they are pirates deep down inside from past life regressions and then gravitate toward the land where like-minded individuals live.
.
The indy business owners in this particular outer borough are a very interesting lot to say the least. I know they are screwing each other because I’ve worked for these blasted pirates and they tell me their ego’s wishes and tales and their plans to screw over their business partners. It’s a tough life here. The look of enjoyment on their faces when they defeat an opponent is one of exhilaration. I’ve seen it. It is ugly—pirate-like.
.
I’ve only been here 5 years and have worked with and spoken to dozens of business owners in Astoria. When they’re not paying me on time, I wait and have to hire or speak to a lawyer. More often than not, they are in the business of screwing someone else even worse.
It has not all been for naught. I’ve learned so much more about the ever-telling human default patterns, sociological and psychological conditioning and the way some people here operate their businesses, their mindset’s and most importantly, their hidden motivation(s).
.
Business here is a very unusual process which differed from many things I’ve learned on my 10 year tenure in Brooklyn. Get paid upfront.
. 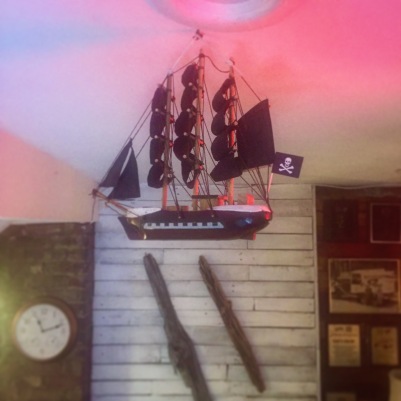 .
In Queens there is plenty of opportunity for business growth and excelled profit but is always limited to what people think they can do. Their fiscical financial ceiling is low. If they were to meet or exceed their benchmark, they’ll subconsciously derail themselves and only reach back down to their lowly comfort zone.
They’d be very happy to pay their bills on time. Their outlook is often semi-bleak. There is also a deep pervasive sense of hopelessness in Astoria, as though they are locked into a existential paradigm not of their choosing but that has been desined or thrust upon them by some angry and invisible gods.
.
I mean, who wakes up in the morning and says: “OH my God, I’ve got to move to Queens?” No one said this ever, not even in their wildest dreams. Maybe you agree.
.
I recognized a similar mindset in Williamsburg business owners in 1999. They suffered the same sense of hopelessness, once upon a time. But, it really was a shithole back then. It took me a half a decade to help change all that.
.

Let me stop the rant here.

So this article isn’t a contemptuous commentary between Manhattan, Brooklyn and Queens per se. This is about control dramas and some of the most asinine pirating business owners I’ve ever had the tremendous misfortune to meet. Their motivations are not about making a million but chasing personal power independently and cutting up slices of an idiot pie AND ALL OF THIS MUST be done on their own terms. This seems to be their ultimate motivation for doing anything at all.
.
THE PIRATES
Donald Trump’s “on air” persona is no exception to the Queens pirating rule. He’s Queens all the way—through and through. He’s the current standing president of the US. Donald Trump is a living and breathing manifestation of this pirate persona I speak about. Pirates: even when they win, they still never feel like they’ve won.
.

His personality got him further than most ever thought possible. He’s NOT a successful business person as many think. In 1980, his net worth was $1.8 and today it’s $3.4B but this is 37 years later. He hasn’t even doubled his numbers. This is Queens. Donald Trump is Queens and in Queens are where the many of modern day pirates live today.
.

One Solution to the control drama/power pirate game:

.
A fellow graphic designer once told me: “‘Ask your clients if they want to be RICH or do they want to be KING?‘ because it will tell you where their deeper motivation lies.” The idea of the question is to find out if the business owners wants fame or fortune. In Queens, it’s fame. Fortune is secondary. Here they want to be a King or Queen first.
.
She is absolutely right in asking this question and there is actually only one answer that is correct. If they ARE NOT rich already, then they will NOT may be prepared to put in the time, resources and work ethic to be rich. Pirating is easier. If they are poor and want to be king or queen, no one can help them.
How many poor Kings or Queens do you know? Take your time to answer, I’ll wait.
The Queens have a lot of work ahead of them. This, or they’re just plain idiots. They are likely living in a fantasy world, dreaming up a folly for themselves.
.
Kings and Queens are already rich and what they must do is pay everyone to do their bidding. This kingly accumulation of wealth and having minions on the payroll is what makes a king or queen, a king or queen. So there is only one true correct answer for the business owner and that is: “to be rich.”
.
I say this with certain conviction but in truth I only know of the following examples through my own experience in Astoria, Queens. So suspend my convictions and tell me if you can explain the following behaviors:
.

5 Case Studies in as many years

3. Meat Pirates are baffled by the captain.