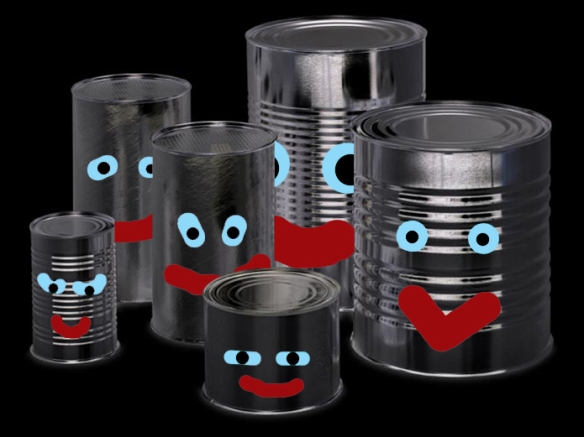 Why you have 3 can openers.

Psychological Researchers and particularly, Madison Avenue advertisers have been looking into the human mind for well over 75 years.  What they sought to understand was HOW to get customers to say “YES” to buying products and services.  Not only did this work with spectacular success in the US, it had worked for over half a century.  This is one of the reasons you will find American companies in nearly every corner of the globe.  And globes don’t even have corners.

This well-oiled ad market science should remove all doubt as to the effectiveness of advanced messaging used en masse.  What these messages affect are the ‘conscious decision making‘ process and they’re done it through affecting the subconscious first.

75 years and billions of dollars later, American advertising agencies had their fingers on the pulse of the culture.  In fact, one may even argue that they’ve already successfully ‘designed and segmented’ the US market culture by creating the actual buyers themselves.

The 3 Can Opener Theory

I thought to test this theory out over the last few months and had asked over one hundred people: “How many can openers do you have in your house?”  Can you guess what their answer was?  A little over 90% said they had “3”.  This was just as I suspected.

I speculated further and offered this:  “Let me guess, one is nostalgic, one is functional, and one is because it either looks cool or it is there as a ‘back up’.”  I usually got a smile as though I performed a magic trick.  Pesto!

There are a few marketing and psychological systems which determine how this little magic trick is performed.  We live in a consumer culture that has been conditioned to not only buy 3 can openers but, a certain number of other items as well.  The scope of this is massive and plays out into every aspect of human life but, let’s just stick to the kitchen drawer for openers (pun intended).

The history of this dates back to the 1950s when American corporations and manufacturers wondered what would happen if every American had one of each thing.  They asked themselves the question: “What happens when we sell one of everything and they don’t need to buy any more stuff?”

If you ever worked at a good, mid-large NYC ad agency you would already know that Ad Agencies manufacture consent from the public and not the other way around.  Their products or services had chosen you.

I worked for the boutique ad agency that brought you Snapple, Kenneth Cole, Hennessy, Kate Spade and more recently the Victoria Secret’s, ‘Angels’.  BMW is their most recent account (expect to see sales BMW sales ZOOM in 2014-15).

Another client they helped was BP during their oil spill.  Have you ever wondered what ever happened to that incident?  BP hired this same ad agency to get them out of the spotlight and the agency did this through Blogs, Twitter and Facebook and presenting other story lines to the mass media by presenting a ‘red herring‘.  Within two weeks, the public had nearly forgotten the details of the incident.  They used a technique.

A “Word-of-Mouth” campaign is quite an expensive endeavor costing hundreds of thousands to millions.  It can happen on a smaller scale with smaller companies but, it means developing something called ‘memes‘ and sending out ‘plants‘ into prominent social circles.  If cost is not in your budget, try connecting to cultural hubs and troll, commenting on mainstream media’s Social Media, prominent blogs, or their Facebook and Twitter pages for optimal penetration.

Small to mid-sized business owners generally don’t have a budget for a proper ‘Word-of-Mouth‘ campaign, however, when one couples newer sciences such as Game and Network Theory, they can.  The market systems used by the Big Boys is then leveraged and scaled down.  Naturally, tapping into what isculturally available pulls your company’s service or product right into the mix. More times than not, you can use a focused effort and thrust it into your smaller market sacking 70+% of your current client base for conversion.

The philosophy is: It is easier to sell something to a current or previous customer then it is to get a brand new one.

Game Theory, in short, is a science based on people’s moral standings, risk factors and what they will and will not do.  It is a predictable science and it works mathematically.

Network Theory allows uses to locate hubs and hot spots to maximize penetration into specific market circles.  This new science is based off of the Kevin Bacon game “Six Degrees of Separation”.  Here’s a very interesting video about this new science.

When a client needs new, or to convert previous clients, they can use these newer sciences to locate them, re-engage them and provide an offer that works for their target market.  What you want to determine is:

The process to answer these questions is a matter of research and planning.  Tapping into existential, current memes and clichés is how this ‘word of mouth’ thing happens.  Today this is happening on Social Media.  The entire Ad industry is still trying to figure out where everyone went.

To their credit, Ad Agencies go through exhaustive research to come up with those ‘crazy’ ads you’ll watch on Superbowl Sunday.  If you describe the ad to a friend, this is creating a Word-of-Mouth campaign for the advertiser.  This is what they hope and plan on you doing.

A even more advanced approach is something now called: “Word-of-Mind“.  The thoughts get in there and you have virtually no way of stopping them. This is another article for another day.

There is much, much more that is going on in the process of human decision making that what meets the eye.  Keep your focus on your customer and what you can do for them.  When you give them what they already want, you can then dominate your market.

You already know that they probably have 3 can openers in their kitchen drawer.  What is it that you do that they already want?  This is not an easy thing to figure out.  The answer might be buried under all the other items in the kitchen drawer, in the back, and to the left.

Breuk Iversen has been asked by the American Association of Advertising Agencies to revolutionize their iLab’s operations in training art and creative directors, copywriters, and research staff by using Big Data, Social Media and Neurochemical Research to addressing a larger segment of their client’s market. Neurochemical goes much deeper into the human condition, both biologically and chemically.  Mr. Iversen owns and operates a design firm and intelligence strategy shop for the last 19 years.  A client recently joked about his services saying:  “This is like Advertising and Branding on steroids and crack.”  He’s since adopted the comment as a tagline and uses it as an example of listening to the customer.  He can be reached at BinkNyc@gmail.com

Neurochemical Publicity in the Aquarian Age.

UPSIDE:
The case for improved and specific employee benefits has increased significantly since 2020. Worksite Benefits enables employers to offer great benefits packages without seriously impacting their bottom line.
Thought of the Day:
I'm a fan of professor Marshall McLuhan. McLuhan was able to see and perceive the media and its tremendous influence on reality.
*Michelin-trained Chef with a sharp mind, great food, and deft sense of humor: ExecutiveChefMike.com
SELLING vs MARKETING
%d bloggers like this: